From “Young Pioneer” to American Citizen 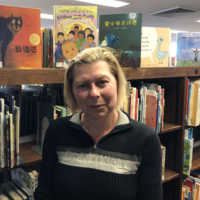 Irina Melekhina was born in Simferopol, Ukraine, on April 16, 1965. When she reached third grade her family moved to the city of Kiev. Both of her parents were doctors, and her father was a member of the Communist party, so Melekhina grew up with more luxuries than most Soviets. During her childhood, like other young Soviets, Irina learned to fear the West. In grade school, she was a “Young Pioneer,” and later a “komsomol” as a teenager. 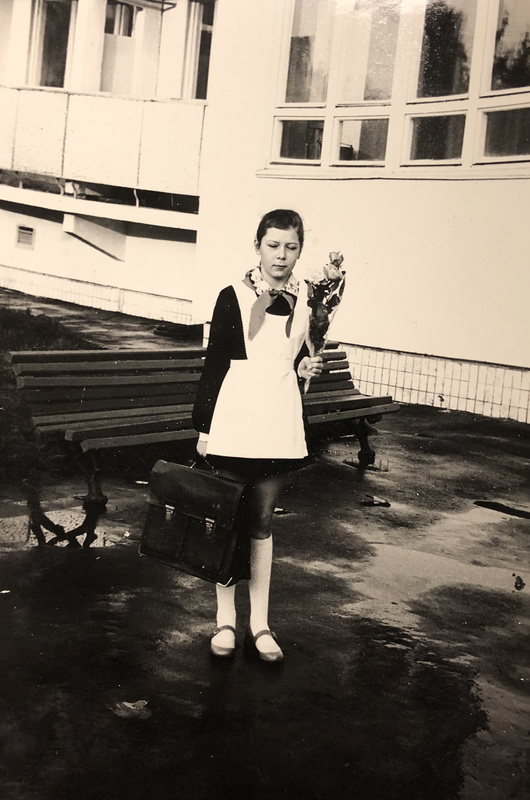 “We were in the Cold War period. They were training us to protect our country. We had classes with a rifle. We had to take all of this stuff—not shoot, but rifle commands. We had military training. We had to march, and do commands. It was in high school. We actually believed in this stuff. When I came here I was like, ‘Why we even do such thing?’ Nobody really wanted to even be at war with us. We actually believed that Western countries wanted to attack us. When I came here I was like, ‘That was so ridiculous.’ We actually grew up with all this ridiculous stuff and nobody actually wanted to be at war with us.... It was mandatory in school. It was brainwash. I remember myself in kindergarten, we had to sing this song about Lenin and we had all this story with Lenin; like communism good, capitalism bad.”
– Irina Melekhina, 2019

Irina met her husband, a Jewish student named Aleksandr Melekhina, in dental school. They soon started a family. Despite their status as professionals, they still experienced the shortages. 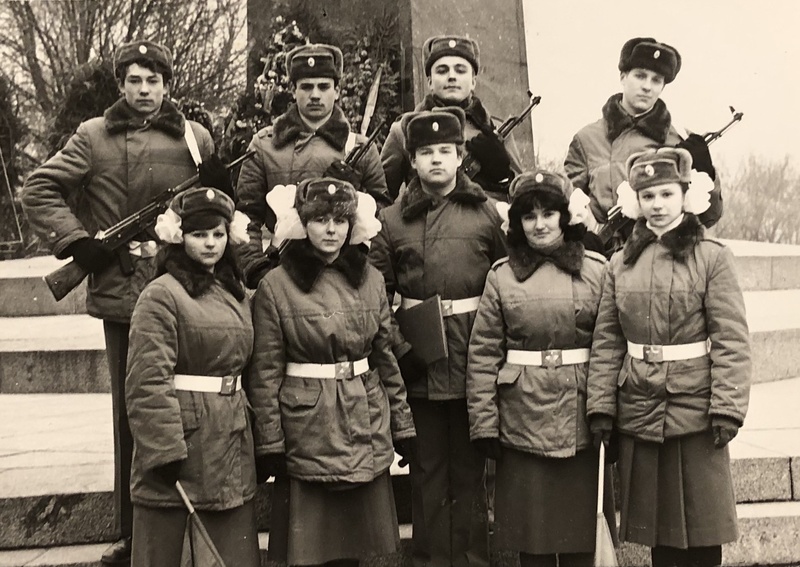 “The economy was very very bad at this particular point. It pushed us to move. For us and for our daughter, we didn’t have any future, basically, even as doctors. The economy was so bad. We had some coupons to go—we didn’t have money—we had coupons to actually go to the store and take the food because they didn’t have enough food for everyone, so everyone had coupons. It was so bad. And the food wasn’t enough for everyone. I remember myself, I was so hungry and I was pregnant with Alisa. We didn’t have extra food. It was so bad, the economical situation at this particular point in the Soviet Union. And the people started to leave. They realized that it’s not going to hold. Something had to be done with the economy situation and the communist so that it could survive for a long period of time.”
– Irina Melekhina, 2019 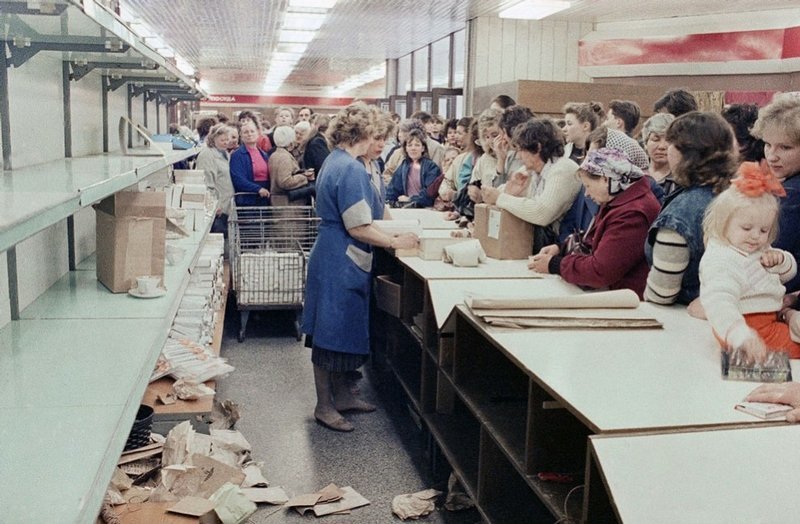 Shopping in Vilnius, Lithuania, 1990. The Melekinas experienced shortages like these when they lived in Kiev.

Due to the Soviet persecution of Jews, Irina’s husband had to conceal his Jewish identity to go to dental school by changing his last name and getting a new identity card. Soon after the birth of their first daughter in 1991, the Melekhinas applied for refugee status through the United Nations to immigrate to either Israel or the United States because of the persecution they faced due to his Jewish identity. On August 19, 1991, the day that the Melekhina family boarded their plane to leave the Soviet Union, hard line Communists backed by the military marched into Moscow to overthrow the government of Mikhail Gorbachev.

“At this time, our oldest daughter was born, Alisa. She was two months old and it was so hard. She was the youngest passenger on the airplane. The main thing, we actually came in 1991, it was the coup with Gorbachev—all of this stuff—it was August 1991. The same day that there was all this revolution. It was happening that day. We sit in Moscow with Alisa, she was two months old, and my husband. No one knew what was going on. We had to go to the city in Moscow and see all this military stuff, all this fighting, all of this shooting, and stuff. We actually thought the airport will be closed, that we couldn’t get out…. No one knew what was going on. It was revolution in Russia, and Gorbachev was captured, and all of this— yielding the power, and we left. It was the beginning of the end of the Soviet Union and we came to the United States.” – Irina Melekhina, 2019

August 1990 coup in the Soviet Union, when the Melekhinas left for the United States. 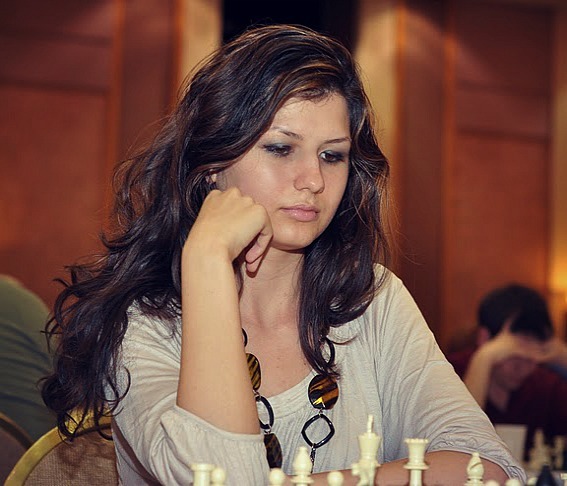 Alisa Melekhina at the US Chess Open, Orlando, FL, 2010.  Taught chess by her father, Alisa is an elite world chess player. In 2014, the same year that she graduated from the University of Pennsylvania Law School, she placed 5th in the US Women's Chess Championships.

The Melekhinas settled in Brooklyn, New York, and Alexandr attended New York University to retrain as a dentist in the United States. While the family was adjusting to their new lives, the Soviet Union fell in December of 1991.

“I even remember when the Soviet Union collapsed... I was actually crying. It was so sad for me. My younger years, my school years, it was okay for me. I was crying. Because my parents were doctors I had a good life, I had a good living condition. The way they taught us to think, it was a lot of disappointment later. Everything was a lot about our government. We didn’t think this way after it collapsed and everything go public. Like how they live, what it was like. I didn’t believe for a long time who was actually to blame. It was still like shock for me. I still didn’t believe it, what kind of human he [Stalin] was, what kind of person he was. We really, truly believed he was like a good person. He was like a terrorist; he did a lot of prison stuff in Russia. He put a lot of people in prison. I didn’t really think about it when I grew up in the Soviet Union. He wasn’t like a really good person.” – Irina Melekhina, 2019 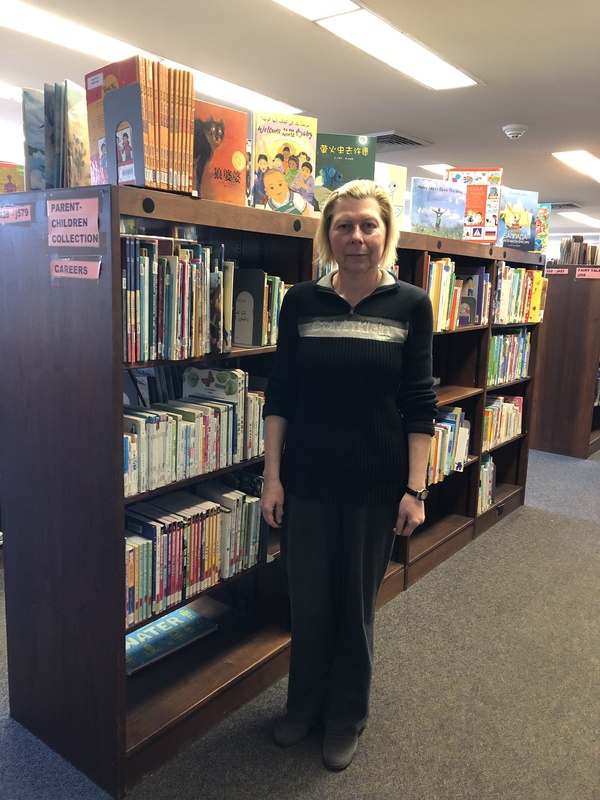 Irina remembers that when Alexandr graduated in 1994, there were 300 other Russian dentists in his class, so it was hard to establish a dental practice catering to this immigrant community. So the family moved to Philadelphia, where there was a large and growing Russian and Ukrainian population, in hopes of starting a practice there.

After settling in Philadelphia, Irina and her husband had another daughter, named Caroline. Irina then studied at the Community College of Philadelphia to become a dental hygienist, after which the Melekhinas opened their own dental practice, and became American citizens.

From “Young Pioneer” to American Citizen