From Civil War to Social Work 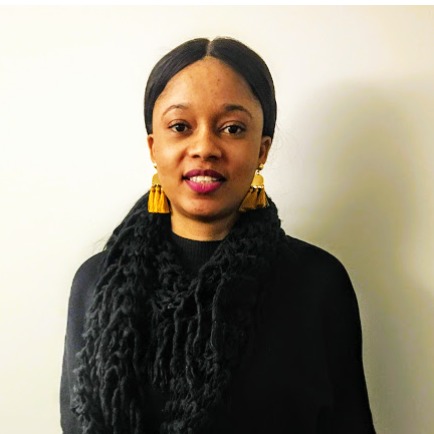 “I think I had a good childhood except for...when we had...the Rebel War...We went through a lot of stuff. We saw a lot of things that no kid should have to go through. I'm appreciative of what I have now because looking at my past and my present...I thank God.” – Isatu Kallon, 2019

Isatu lost her father when she was an infant, which left her mother, Kaday Kamara, to support her and her sisters. In the late 1990s her mother immigrated to Philadelphia to find better work, and left the three girls to be raised by their grandmother. 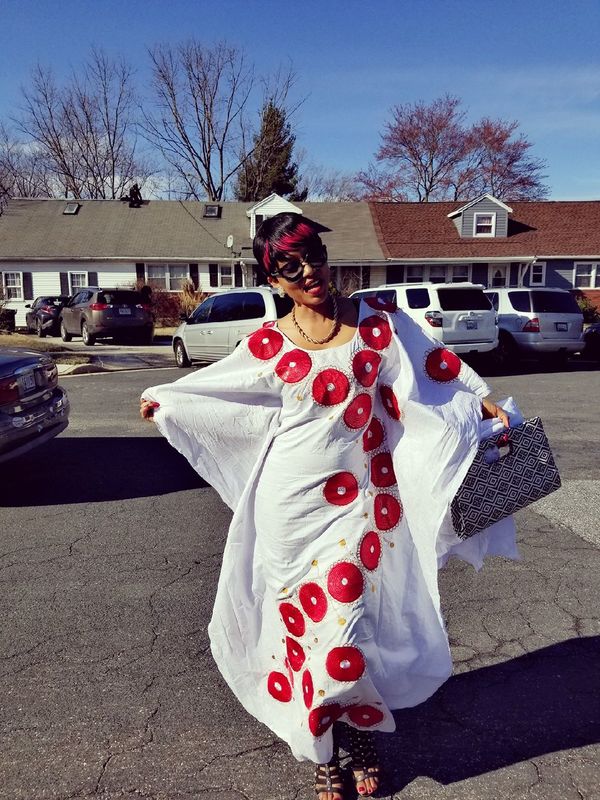 “She came when I was younger, so I couldn’t... give you exact...All I know is...during the war she had— she do whatever business that was working at that moment....just to make sure that we had a good education, because that was her main goal...when the war came... I was nine years old or something...So that’s when she decided to travel [to the United States]. So her cousin, she was one of the people who gave...visas in Guinea...to come here. So she could have a better life so she can...give us the best that we...needed.” – Isatu Kallon, 2019

Her mother hoped that Isatu and her sisters would get a good education, but the Civil War caused the schools to run unpredictably.

“We don’t have these opportunities where you come to school and you have your financial aid.... So for us, if you don’t have money, you’re not going...you appreciate it more.... When the war came, we skipped a lot of school.” – Isatu Kallon, 2019 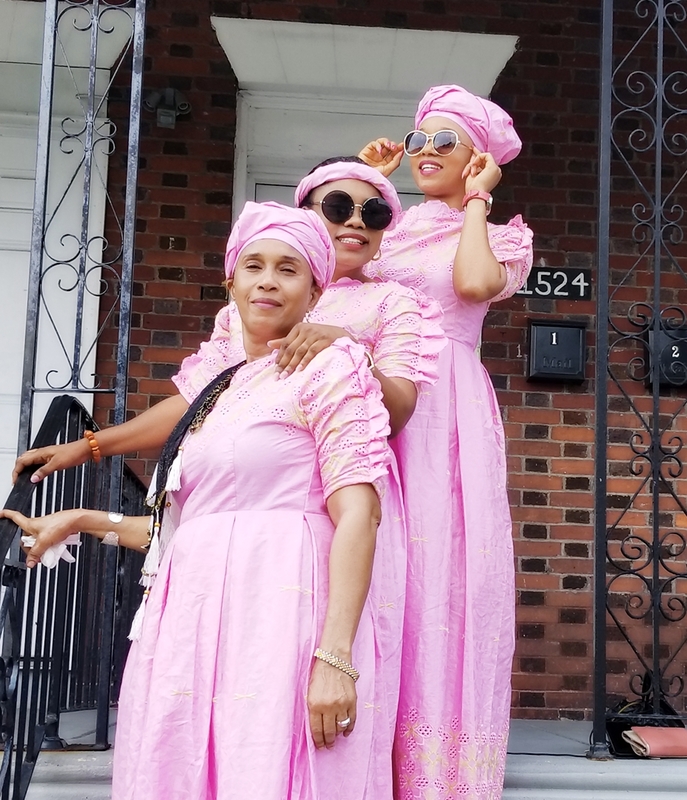 Isatu Kallon with her sister and mother in traditional clothing from Sierra Leone, c. 2018.

The war didn't just affect Isatu's access to education. As a child she found death and violence waiting for her at her doorstep.

“And parents would just forget their kids...When you hear gunshots, what are you going to do? You don’t think....‘We went to hide in this house,’ thinking that it was safer; and the rebels came in and said ‘Oh, you know what, all of the light-skinned women’—because my mom is light-skinned-they are wives of the other people.... ‘Anyone who is light-skinned, we’re going to kill them.’ ... And I remember as soon as they left...she just slide through the door, climb a fence and jump. She didn’t even remember we were there... I’m just smart like that. I just saw her moving and I’m like right behind her. And she went so far and then she went ‘Oh my god, where is Mummy?’... And I said, ‘I’m right here.’ And she said, ‘Oh my God, if you wasn’t smart I would have just left you behind.’” – Isatu Kallon, 2019

To escape the violence of a war with no end in sight, Isatu and several of her family members decided to seek refuge in Guinea. Some of her family flew to Guinea, but Isatu, her aunt and cousins journeyed by boat.

“They had this boat that would take us to Guinea.... Guinea had peace at that time. They could take us, but we'd have to sit in a boat and the boat doesn’t have no cover. We traveled three days in the water.... I was with no sleep and you go in the middle of the water and you don't see nothing. You just see the sky and the water and you just give up...‘This is it. I can't even swim.’ How are you going to survive if that boat start taking water? I was young. I was less than ten years old.” – Isatu Kallon, 2019

After safely arriving in Guinea, Isatu and her family contacted a cousin there, who was responsible for issuing visas. Once these were obtained, they did their best to settle into their temporary home while Sierra Leone began the transformation into a democracy.

“We stayed there for maybe a year. So you see how the education, it really break up? I wasn't really going to school there. And they teach French. Guinea is a French-speaking country.... We just eat, sleep, wake up.... My older sisters, they got to go to French school, but it wasn't really nothing. They just went there and escorted the people who were there to learn. They didn't really learn anything. But I wasn't in school. I was just home.” – Isatu Kallon, 2019

Isatu Kallon, after being sworn in as a United States citizen. February 27, 2019.

After they returned to Sierra Leone, life started to settle down. Then, Isatu's mother was able to file to bring her children to the United States to live with her. Because of Isatu's young age, her paperwork  was processed before either of her sisters’ visas.

In April of 2013, Isatu's mother came back to Sierra Leone to pick her up and prepare her for a new life in the United States.

“She bought me shoes and American clothes. And she say ‘You know what? You're traveling and you have to leave all of this stuff. You have to dress like an American.’ ... It was the longest flight of my life.... We came to New York and it was April...and that was my first experience with the cold! I came outside...and I was trembling.... My body does not know this kind of feeling before. I've never been exposed to this amount of cold.” – Isatu Kallon, 2019

From New York City they took a train to Isatu's new home in Philadelphia.

“I remember when I came to the house, I saw that all the houses look alike...‘How am I supposed to know which house is mine?’ That was my first shock.” – Isatu Kallon, 2019

Life in the United States was very different from what Isatu was accustomed to in Sierra Leone. She missed her family and her community.

“I remember calling my sister. ‘I miss you so much! I don't know what I'm doing here I wish I could come back!’ It's so boring here. There's no life. People just come into the house and they’re just in the house. Back home...you’d sit outside and you'd have your neighbors and you’d play with them and joke and cook and eat... And to just come home and be in the house [sigh].” – Isatu Kallon, 2019

“It's okay. I think I’ve moved beyond that now, you know. We are strong... African people are strong, in the mindset, I mean. I don’t know, because we’ve been through a lot. We’ve learned the hard way.” – Isatu Kallon, 2019

From Civil War to Social Work