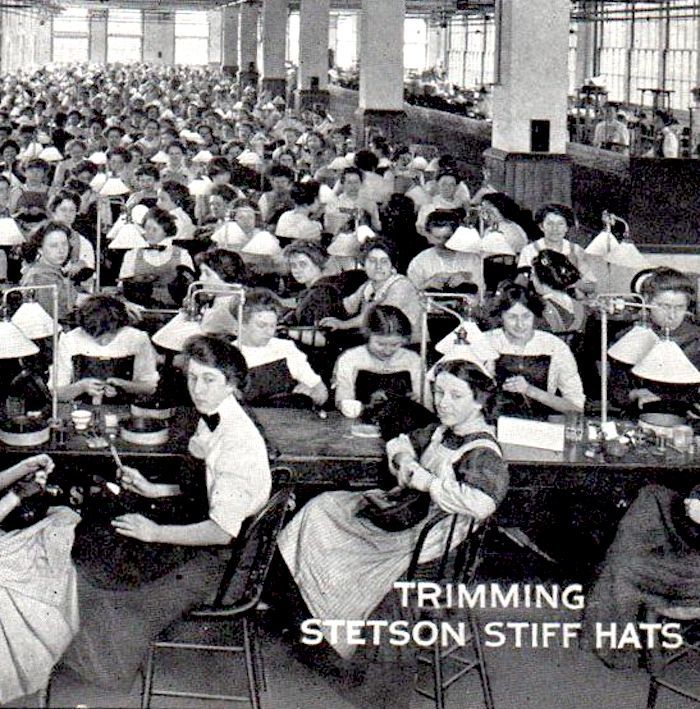 Catherine Ehrmann was born in 1902, in a region of the Austro-Hungarian Empire that would become Hungary after World War I. In 1904, when Catherine was two years old, her family came to the United States.

Once in Philadelphia, the family moved into a three-room “Father, Son, Holy Ghost” row house in North Philadelphia, just a block away from the Stetson Hat Company's factory. Like many immigrant children, she started to work in her early teens, even though her father made good money.

"Because I...just wanted to get out... I started my first job, a few months, at a photo folding—where they make the fringe for the pictures. And at the time I had two and a half dollars a week. And we had to go to continuation school for two hours, I believe...once a week. And we passed Stetson's going to continuation school, and found out they were paying three dollars a week. So we stopped in and got a form to fill out for an application, you know, for the job, and got it. So we quit the other job and went to Stetson’s... in 1916. I was 14."
– Catherine Ehrmann, 1982

Catherine's first job at Stetson was trimming threads and cutting ribbons for the hats. In the early 1900s, child workers in Pennsylvania were required by law to go to “continuation school” until they were 16. Stetson ran its own school, which she attended once a week. Like other working children, Catherine and her sister turned over their salaries to their parents. 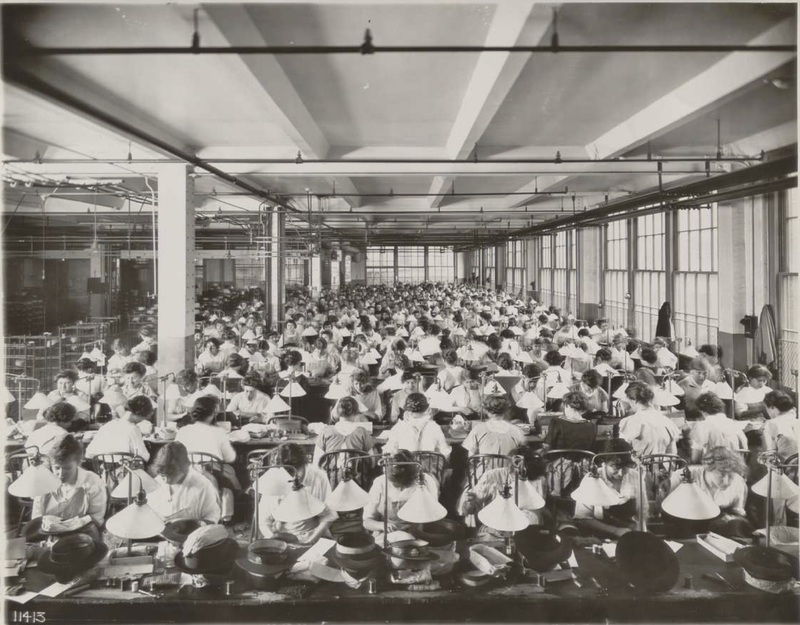 Catherine lived well within the large Stetson community. The Stetson Hat Company provided a broad range of benefits, services, and activities to cement worker loyalty and to keep out unwanted unionization.

"Stetson's was a nice place to work. They were very considerate and at one time we were taking exercises every morning for ten minutes, threw the windows up, so we would be healthy. Then when the slack season came we did any thing we wanted to. We used to crochet....And every Christmas the women got a box of candy and a certificate from Strawbridge's for a pair of leather gloves. You went and picked them out... And the men, they got a turkey." – Catherine Ehrmann, 1982 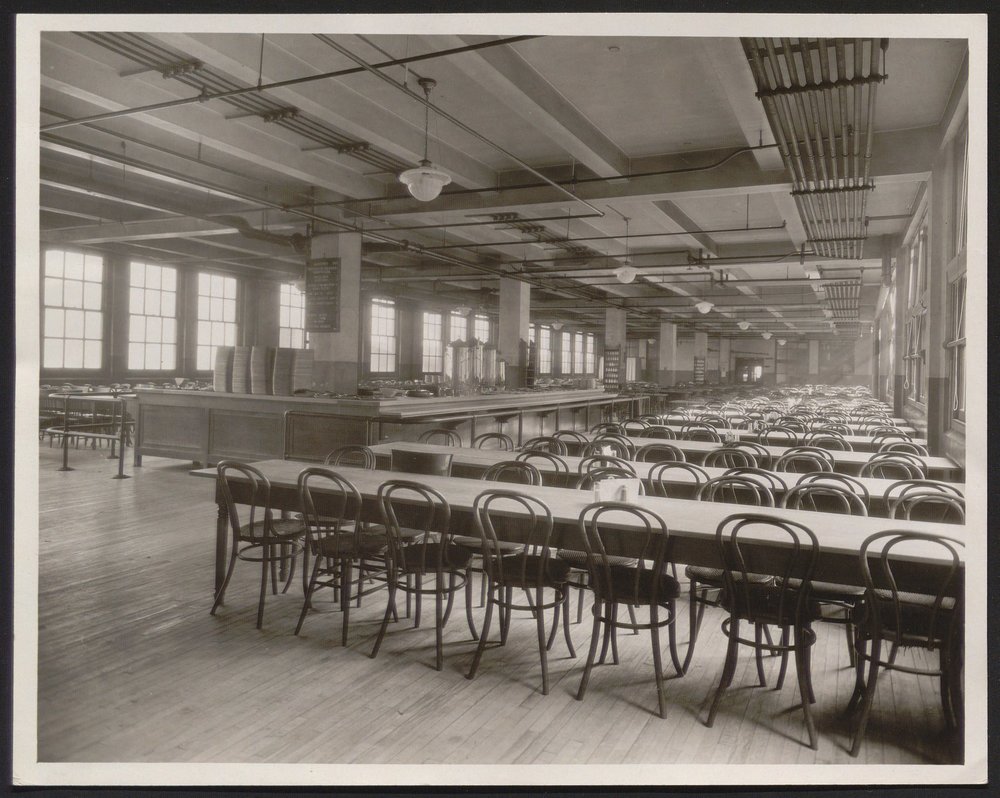 "They were very concerned about the people in the neighborhood.... I went [Stetson Sunday School] as a kid.... My father said, 'Any church don’t teach you nothing bad. You’re better there than on the street.' So... I was raised in that Sunday school and then I brought my own children there... We had movies on Germantown Avenue and Columbia Avenue for two cents. Stetsons gave it. Westerns, you went in the evening, around five o’clock... And it was an old church that they made into a movie house out of, and that was run by Stetson... And then, in another building right next to it, they taught you how to sew... I went there before I was married and learned how to sew. They had machines there, and ladies who taught you how to sew."
–
Catherine Ehrmann, 1982