The DiStefanos and the Victor Café 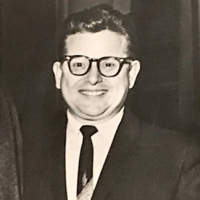 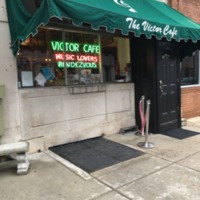 The son of Italian immigrants, Armand DiStefano was born in 1913, when his father, John, was 21 and his mother, Rose, was 20.

“I was born in Philadelphia... and I even remember the number of the house, 1237 Christian Street--that lies between 12th & 13th. That was in 1913. I remember it was pretty much strictly an old Italian neighborhood except for one or two Irish families, and also living right next door to me was a Black family. I remember her name, Carrie. They had no children and they were a lovely couple. In fact, when my mother, in those days they were struggling like all young married people do who have young children, we struggled.  My dad was a waiter at Kugler’s Restaurant on Chestnut Street and my mother was making neckties. That was part of her family. We were all necktie makers. She would take the work home and then take it back to the factory. She would leave me with this Black couple and they were more or less our real close friends.” – Armand DiStefano, 1984 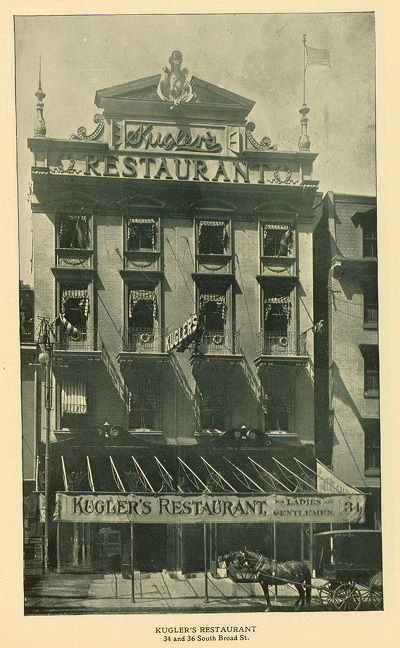 Like many young couples in those days, the Di Stefanos lived with his mother’s parents until they could afford a home of their own, a small row house on Carlisle Street. When Armand was young, his father worked at Kugler's Restaurant, and there became friendly with many of the opera singers who frequented the restaurant. According to Di Stefano, his father in 1917 left Kugler's to open a record shop, Victor's Records, on 11th Street near Catharine Street.

“My father got a bright idea from an old record shop, around 4th and Christian, Iannellis it was called, and this man would sell records. He had the big Victor Dog inside, and he would sell the records. And he also had an ice cream parlor, which was quite usual for those days, for record shops to also entertain. They had these typical old wrought iron--not wrought iron chairs-- backs were all made of wire, and the tables were marble covered. We would all have Coca-Cola or figs, which were a favorite eating tidbit at the time, and my father used to take my brother and I, and his friends would do likewise, and we go there, and my dad would buy records.” – Armand DiStefano, 1984 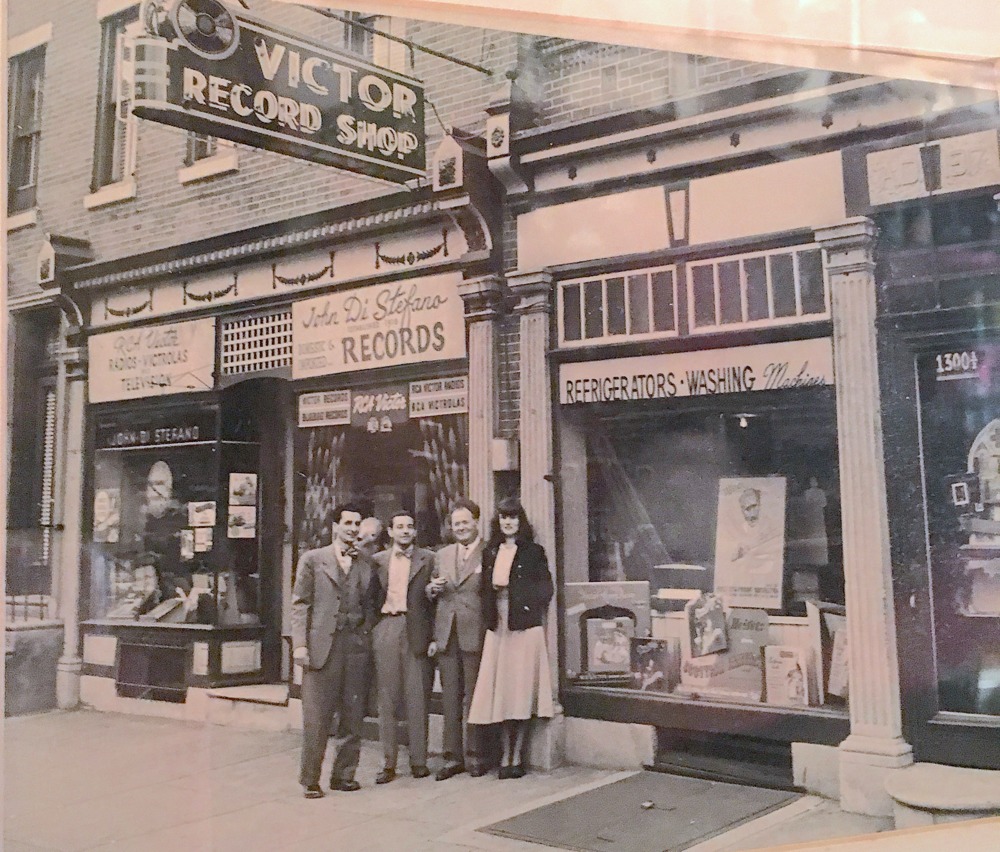 Modeled on what he had seen at Iannellis, John Di Stefano opened his own gramophone/record shop and ice cream parlor. Victor Records soon became a gathering place for Italian-Americans in South Philadelphia. Here, they could enjoy the music and socialize, in a sense transporting themselves to their home country. Visits by Italian opera singers passing through town attracted customers who bought records to play at home. Growing up in this environment, Armand Di Stefano developed a love of opera. 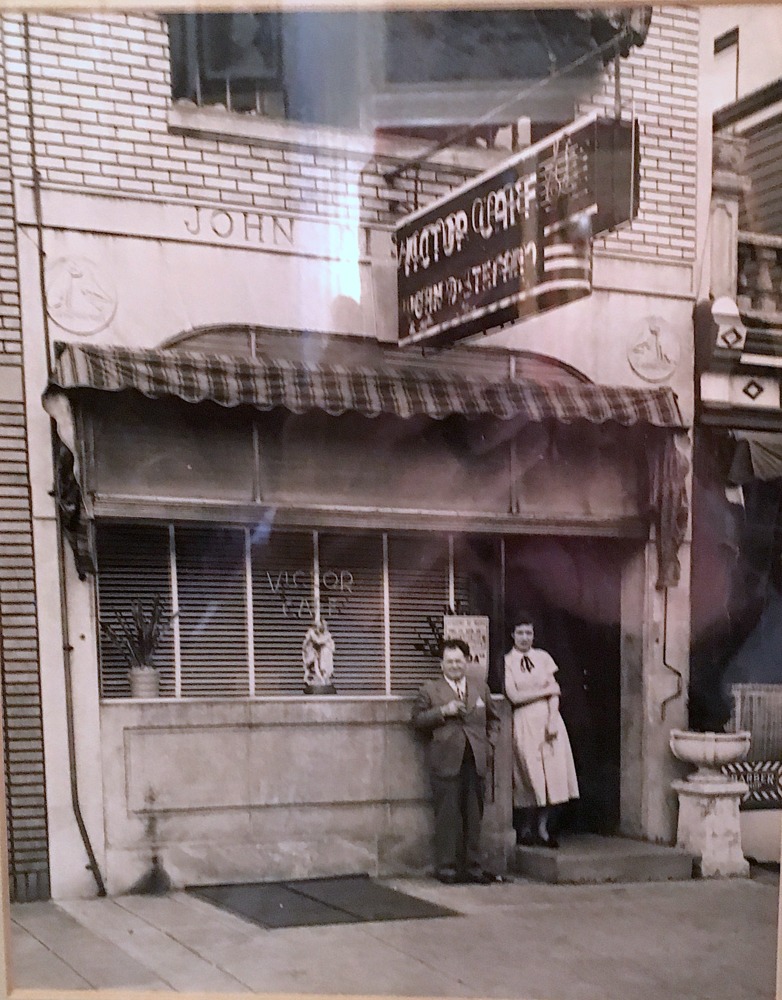 "They said that from hard times comes success, or you have to suffer first in order to enjoy the success that you have later on. When the [Great] Depression came in 1929 or 1930, we were already at the present site of 1303 Dickinson Street. Well, the business was down to virtually nothing. Even Victor Company, it wasn’t RCA then, sold that particular year about 75,000 records. That was nothing for a wholesaler, but we held on...

[I]n 1933, with the advent of lifting the restrictions on liquor, my dad combined his talents with his knowledge of food, having been a waiter with Kugler's for a good many years, and with the record business that he had, he combined the two and opened up the Victor Café, [named] after the Victor Talking Machine Company." – Armand DiStefano, 1984

One of the Victor Cafe's unique characteristics was visits by some of the great recording artists, including Ezio Pinza, Rosa Ponselle, Vito Scotti, and John McCormack, who sang to the customers. DiStefano recalled that his father worked hard to maintain the business and to secure a future for his family. 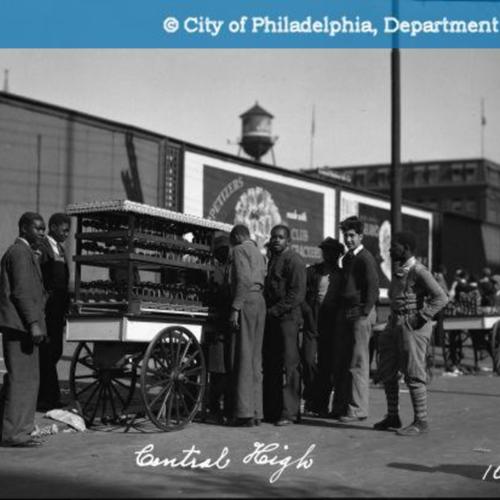 “And I believed that was true. Dad did work hard; my brother and I had to get a job after high school.  We both graduated Central High. We had to get a job, fortunately, my father knew a lot of people from Victors, from RCA.” – Armand Di Stefano, 1984

After graduating from Central High School in 1930, DiStefano went to work as a stock boy at the Weinman Company. A few years later he moved to the Raymond Rosen Company, a record distributor, where he worked as a buyer, in public relations, and then as a salesman with his own territory. DiStefano married Irma Pappano in 1940 and the couple then had two children, John and Sandra. He stayed at Rosen for 20 years, then left after his father passed away in 1954 to help manage his parents properties and The Victor Café with his brother, Henry, who in a few years took over sole ownership and of the restaurant. DiStefano's love of music, however, stayed with him throughout his life, as his daughter Sandra remembered. 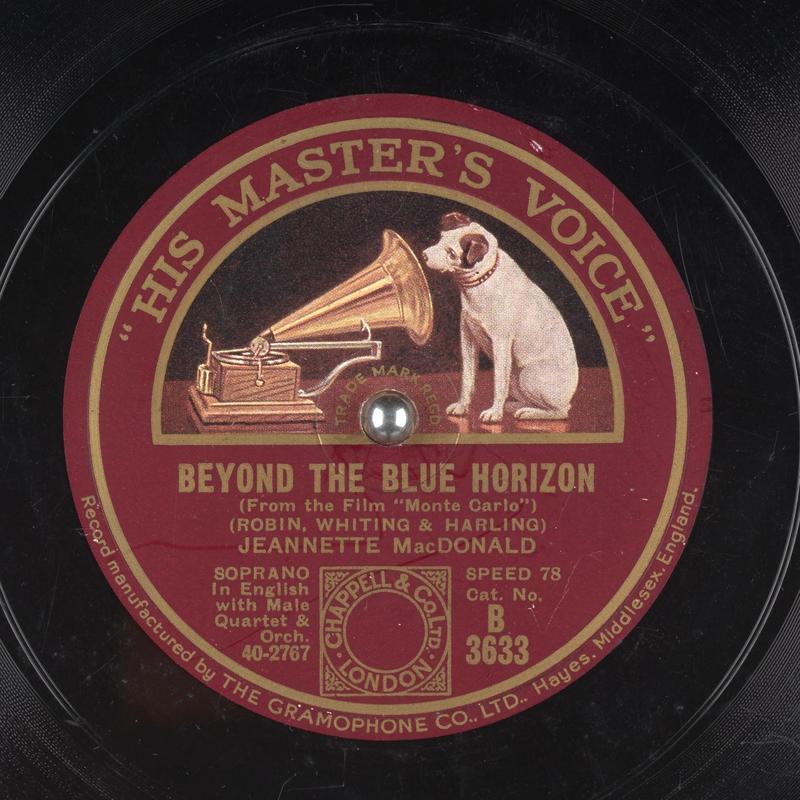 Jeanette MacDonald and Nelson Eddy, "Beyond the Blue Horizon", 1930.

“My father's love and knowledge of music showed through in everything he did. He was good with people. The music was deep in my father’s soul. I remember his favorite song 'Beyond the Blue Horizon.' Jeannette MacDonald sings, "Beyond the blue horizon waits a beautiful day, goodbye to things that bore me, joy is waiting for me, I see a new horizon, my life has only begun.'"  – Sandra DiStefano Lamont, February 27, 2018

At The Victor Café, Armand played records from his father's vast collection of 30,000 records, many of them discs that the Victor Record Company had never commercially released. After he retired, he hosted 20th Century Limited, a weekly radio show for 14 years on WHYY-FM, playing phonograph recordings from his own vast collection. In 2018, his daughter fondly recalled how her father's favorite song, "Beyond the Blue Horizon," epitomized his passion for music, his love of life, and his vibrant personality. Armand DiStefano died in 1987, still living in Philadelphia, and was buried in Yeadon, Pennsylvania.

The DiStefanos and the Victor Café