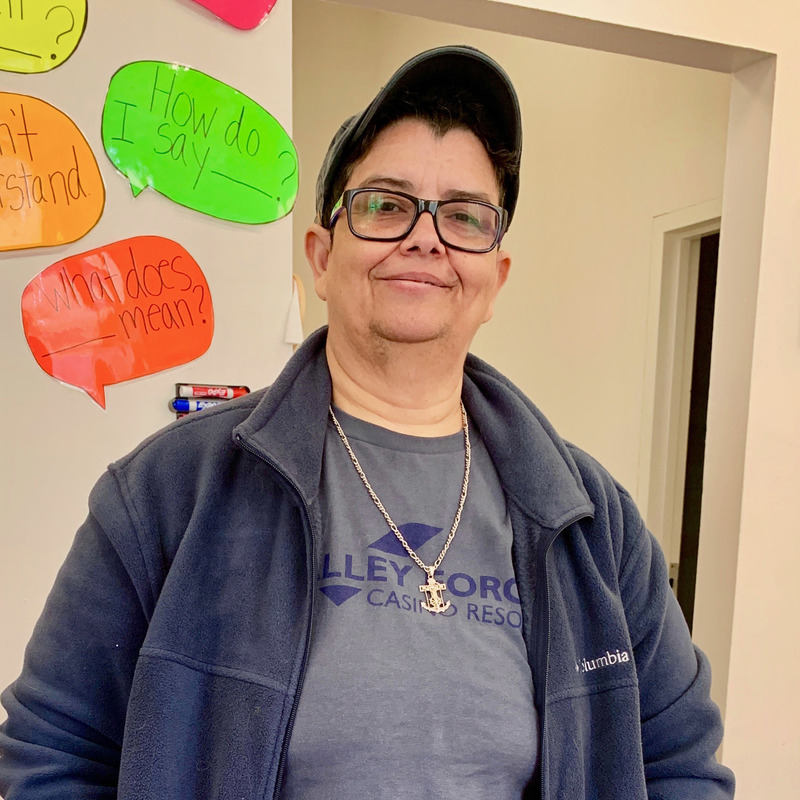 Ana Maria Roldan was only thirteen years old when a much older man insisted that he would marry her. Ana Maria told him that if he came around her house she had a machete, and she wasn't afraid to use it. To escape this situation, in 1978 she moved with her mother to Boston, Massachusetts. Ana had loved growing up in Puerto Rico, where she was very close to her grandparents. So she had mixed emotions about her new home.

“It was weird. It was like fun, because it was a new place. But at the same time I felt sad because I left my grandma and my grandpa, which—They were everything to me, because my brother, he was born with—he was bootlegged and they put some braces and the inside had—the skin was hairy and he developed asthma. So my mom was always with him in the hospital. And my mother figure was my grandma and my father figure was my grandpa.” – Ana Maria Roldan, 2019 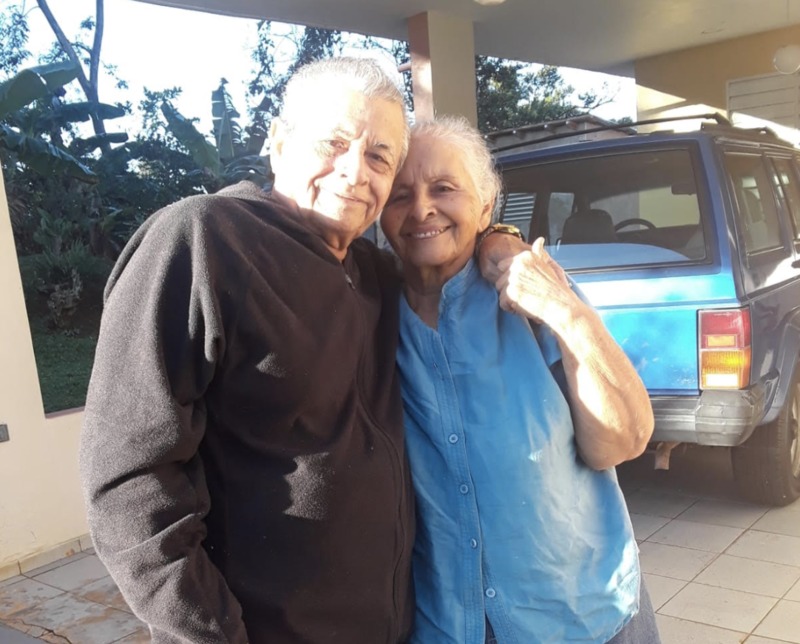 Roldan's grandparents treated her like their own child while her mother was busy taking care of her other children. She learned some of her greatest life lessons from her grandfather.

“My grandpa was a fighter. When he died... I did not cry, because I saw him suffering. So when I saw him laying out peacefully, I felt relief because he was not suffering anymore. And, on April 7, 1988 my grandma died, and that was hard. She was 65. She was too young... but what can we do? My grandfather and my grandmother was almost 40-something, 50-something years together. So, it was kind of hard.” – Ana Maria Roldan, 2019 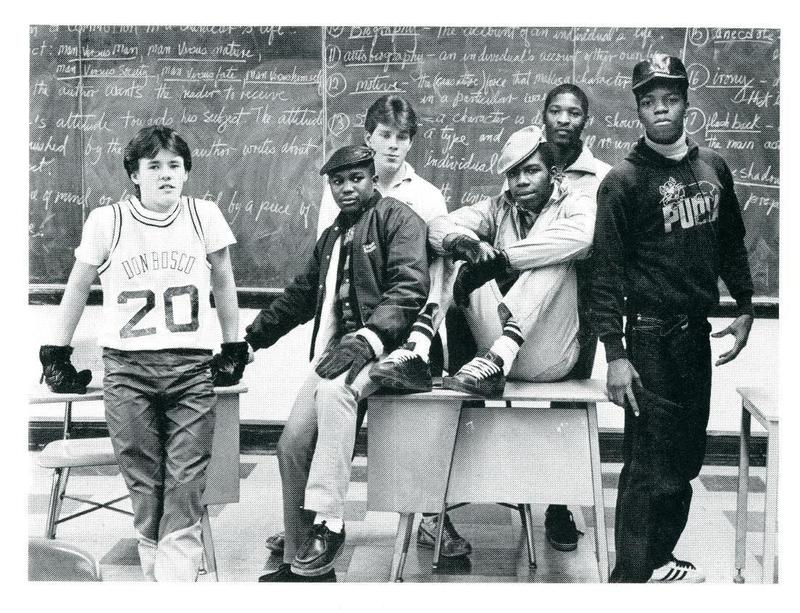 When Roldan arrived in Boston in the mid-1970s, the city was in the midst of mass protests and violent confrontations in response to court-ordered busing to desegregate its public schools. Roldan tried to focus on her education, but high school was tough.

“I went to South Boston. That was a bad school because South Boston High, the buses have to wait for the escort from the policeman. So, when we get over there, by that time there was a fight, the Whites and the Blacks, and they used to grab us—rocks, bats, start throwing at us. So, one day it got real bad. There was one kid on the stairs, like eighteen steps. So, these two boys grab a Black kid and swing him from the stair all the way down and they started hitting him.” – Ana Maria Roldan, 2019

After graduating from high school, Roldan worked in a nursing home and then for Harvey Industry, a home bulding supply company, where she met her husband. After they married the couple had two children, Abraham and Joanna, and soon divorced.  After facing the challenges of raising two children as a single mother, Roldan realized that she was gay when she met her partner in life. In 2010, she and her partner moved to Philadelphia to start a new life together.

“It was fun, because I look at the computer and I look at the parks and stuff. And it was good. We moved on June 10 and the first few nights I told my partner in life, I was like, ‘We got to go the train station and get scheduled for everything.’ So that’s what I did. I had a bunch of schedules. And I told her, ‘Let’s take different buses to learn.’ I learn the El [Philadelphia's Market-Frankford Line]. I took the train. We went to Center City. I call it ‘Downtown,’ but they call it ‘Center City,’ so, okay, Center City ... And it’s a mix of Puerto Rico and the states. So I like it.” – Ana Maria Roldan, 2019 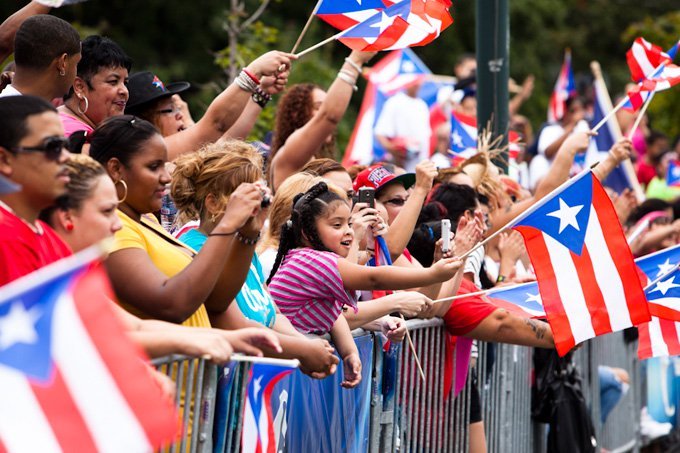 When they arrived in the city, Philadelphia had the second largest Puerto Rican population in the states, more than 120,000 people. Here, Roldan found what she was looking for. She felt like she was back home.

“When you pass through a house and you see a flag and they got the music and you see that the outside barbecuing with the loud music and the neighbors are gathering, laughing, playing dominos—that’s Puerto Rico. When in Puerto Rico, you go, and you find your friend and sit down and they bring the table of dominos and let’s start playing the domino with a cold beer; real nice, cold beer. You drink and you don’t feel it, like you go nice and soft. They playing and they going like, ‘Oh  yeah. Wassup!’ And that’s, that’s being in Puerto Rico.” – Ana Maria Roldan, 2019

Roldan faced many hardships in her life. Forced to leave her grandparents and the happy world of her childhood in Puerto Rico, she survived the trials of life in Boston and raised two kids on her own before finding a new partner and a new life in Philadelphia. Reflecting back on her life, Roldan has mixed feelings about her life in the states.

“It felt good and bad. Good because I was—in the journey that I was going to a new place that I never been, see the change in weather, listen to the people communicate in English, in another language, learn how the school system is different from Puerto Rico, and know that we have a Constitution and it got amendments that I learn that it defends you. The bad was I had to leave my grandpa and my grandma by themself, and my life with my friends, the school—yeah, that. But like I said, ‘It is what it is.’” – Ana Maria Roldan, 2019