From Levitin to Lavin 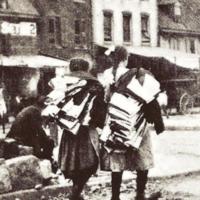 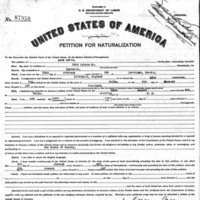 By Alea Echterling and Alexis Jennings, with Charles Hardy

Anna Levitin (Lavin) was born February 23, 1892 in Osernigan, Russia, to a Jewish family. Five years later, in 1897, the Levitins boarded the S.S. Pennland from Liverpool, England for Philadelphia, in hopes for a better life.

“We were vaccinated every day on the ship, and every one of the vaccinations took, whatever it was... And I was only a puny little kid, and all those marks stayed. Well, they faded now—They fed us at a long table and they served us carrots, just plain boiled carrots I think, and hated it. I hated it! My mother was sick all the way over. She was in the bunk and only ate the food that they had with them.” – Anna Lavin, July 14, 1982

As the Levitin family disembarked at the Washington Avenue Immigration Station, the first change in America was the alteration of their name, which the purser marked down as “L-a-v-i-n,’ which it remained from then on. For a short while, Anna went to the Mt. Vernon School, but her family was desperately poor, so as the oldest child she left school at the age of twelve, for a job as a button-hole maker, like her father.

“There were no eight-hour days, they worked, period, until they died at the machine. Literally. It happened to one man that I worked with at one time. He died at the machine and when I came into the clinic, I told them… I said ‘He died.’” – Anna Lavin, July 14, 1982 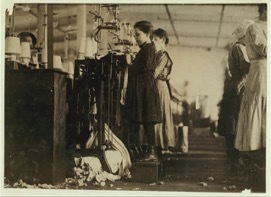 As the Lavin family grew to eight children, the struggle to keep everyone fed and the bills paid continued to be very hard.  Anna’s mother didn’t work, so she and her father providing for the family. But she never considered herself poor, for reasons she explained in her 1982 interview:  “Nobody else had anything. We lived... between Front & 2nd and Catherine and nobody else had anything.” Living in an unsanitary and overcrowded immigrant neighborhood, the Lavins also faced the health challenges that came with poverty.

“It was during an epidemic, the scarlet fever epidemic. The first one to get sick was the one that was a baby when we came here, and she was just ailing, and she went to the hospital. The next one…they fumigated the house, our apartment and… the two little boys died, and I had charge of them, and we went to live at an aunt’s, who had just gotten married on Pemberton Street…And I fed one of the children, [he] sat in my lap, he was ailing, he was sicker already, and when they called the doctor, they brought the sick child back to the house because otherwise the whole apartment, that whole building there where we were staying…had to be fumigated. And my father carried that child on his shoulders wrapped in a blanket…” – Anna Lavin, July 14, 1982 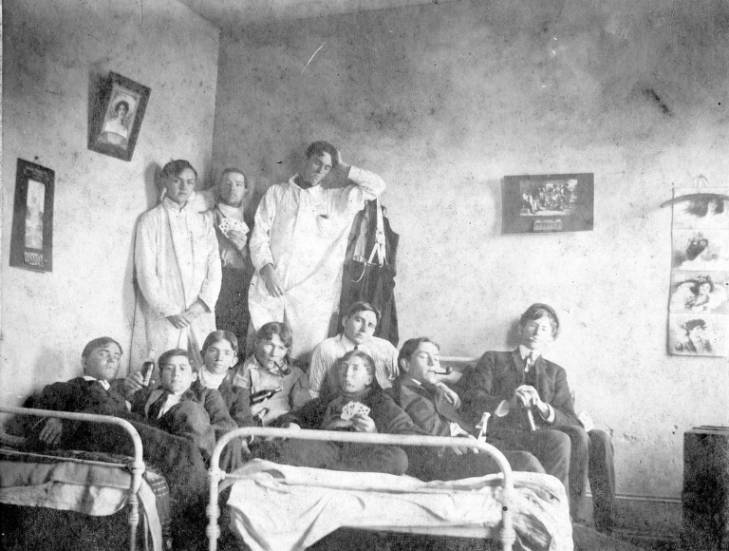 Scarlet Fever Quarantine, 1906. Two of Anna’s brothers, James and Benjamin, died during a Scarlet fever epidemic in the early 1900s.

To make sure that the rest of the family was fed, Anna’s mother did not eat and became ill with malnutrition. The family then moved to the Alliance Colony in Norma, New Jersey, a Jewish agricultural community that aimed to provide an alternative to crowded urban living. The Lavins sought a change in scenery and hopes of a healthier and higher quality life.